You want a great scenic flight? Join Klaus and enjoy the beauty of the Alps between the Mediterranean Sea and the M. Blanc, Gran Paradiso, Matterhorn and Monte Rosa. 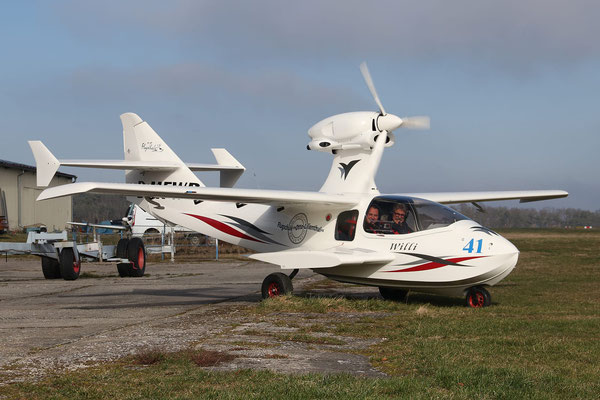 From Serres to Lampieza with a Glider 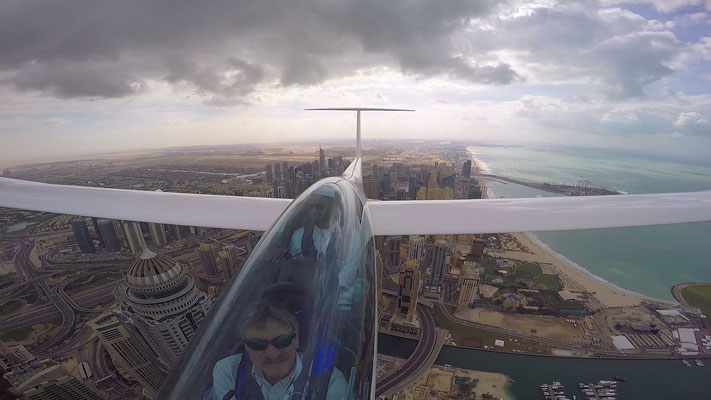 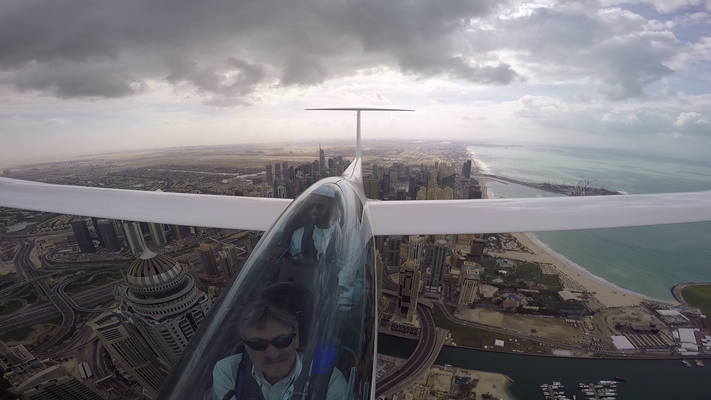 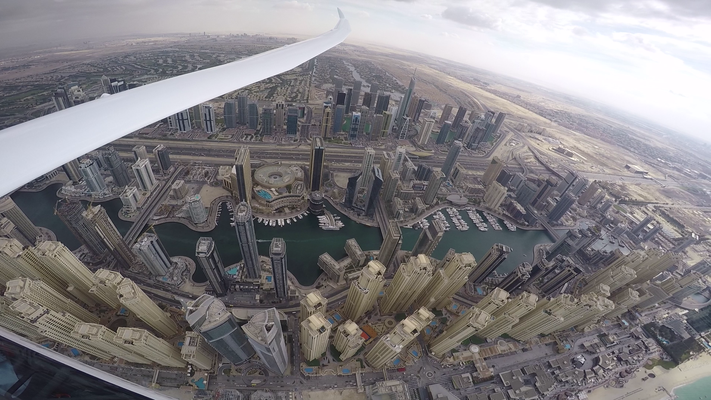 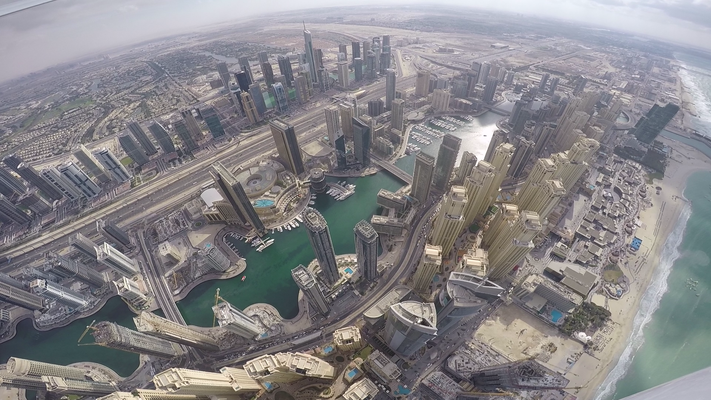 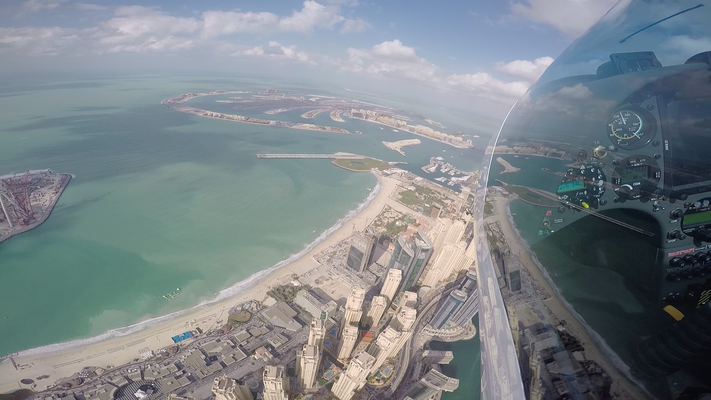 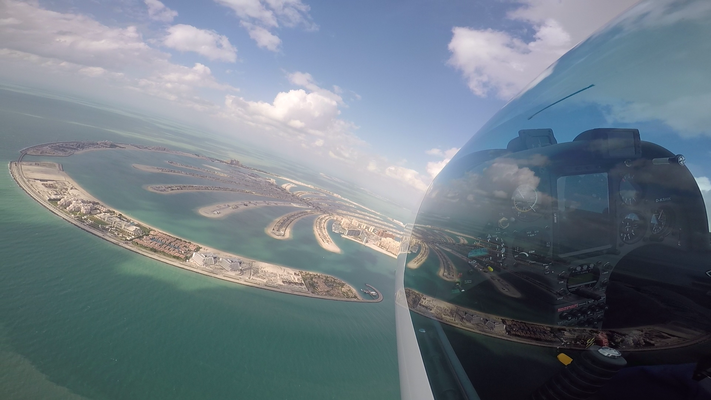 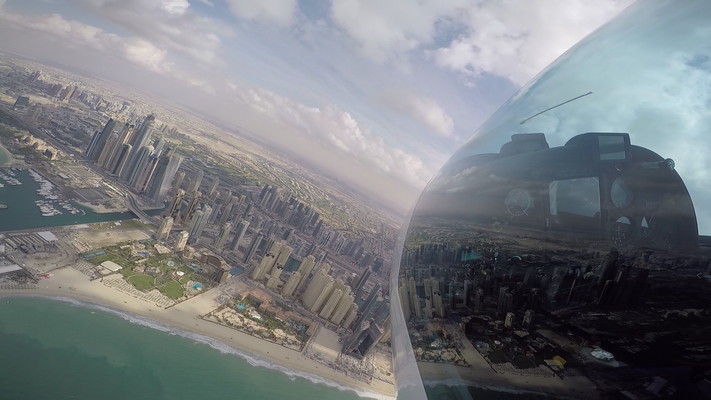 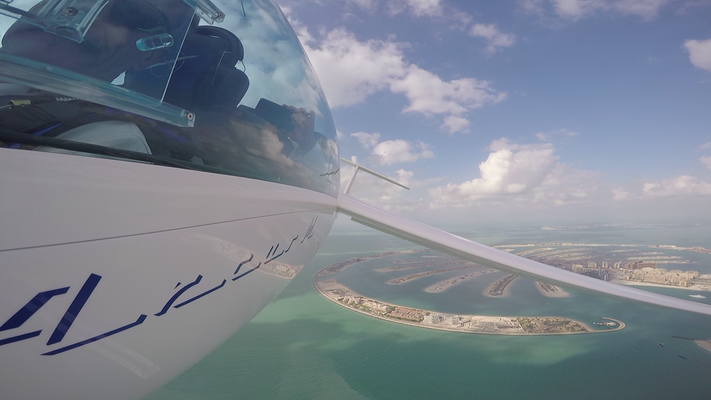 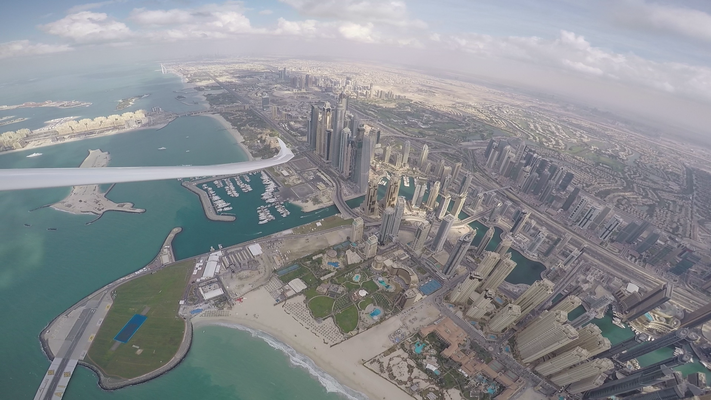 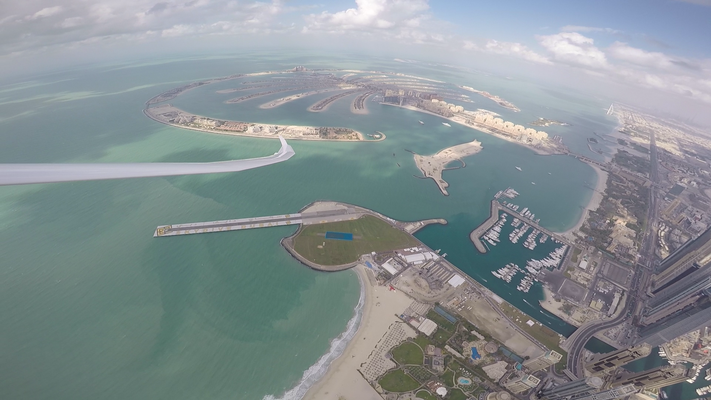 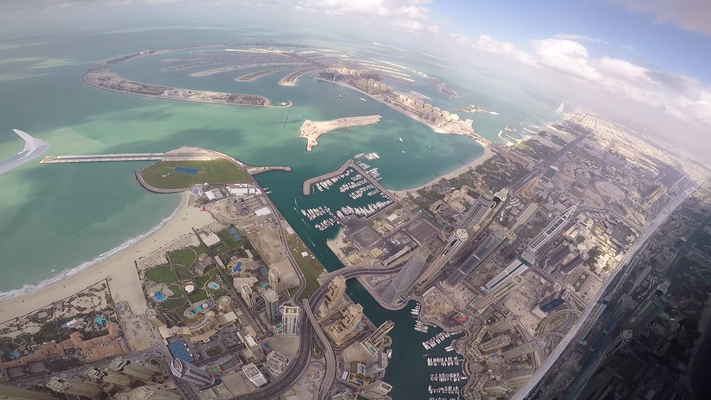 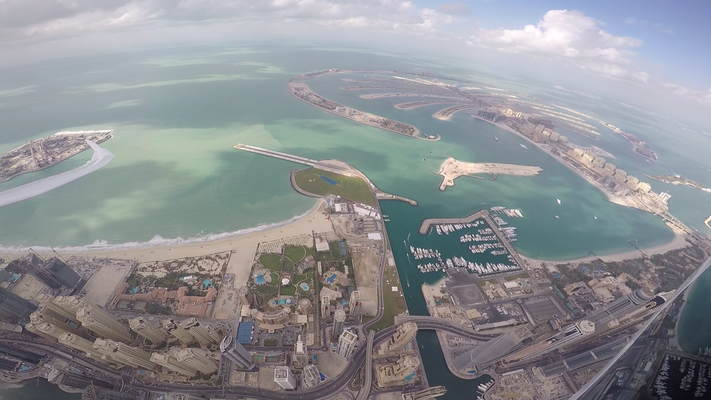 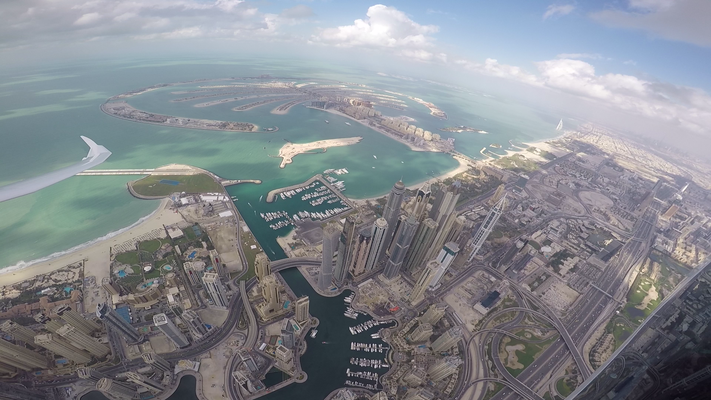 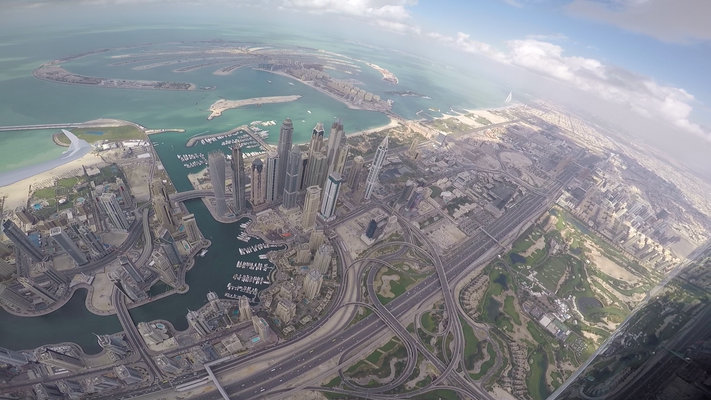 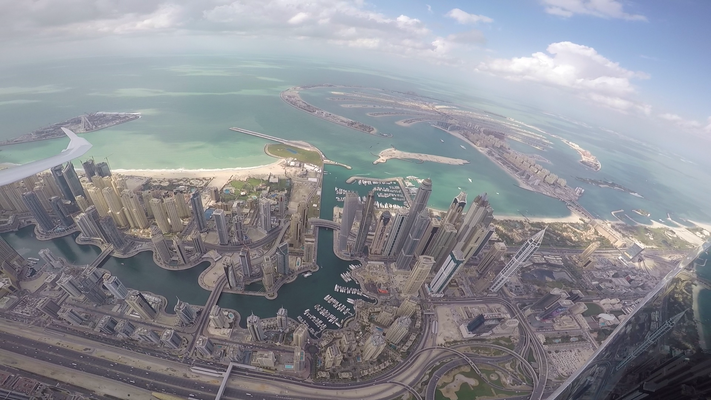 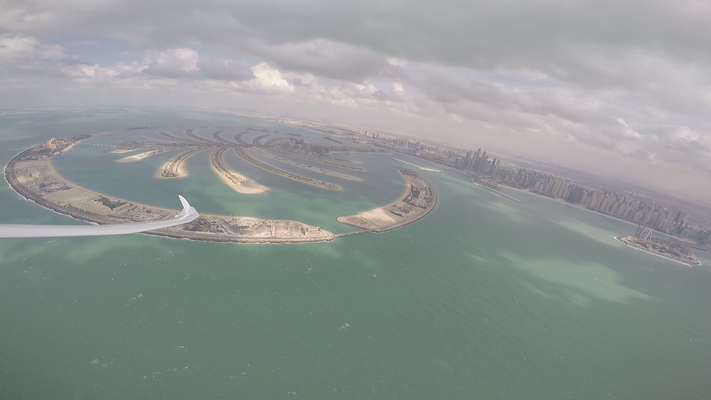 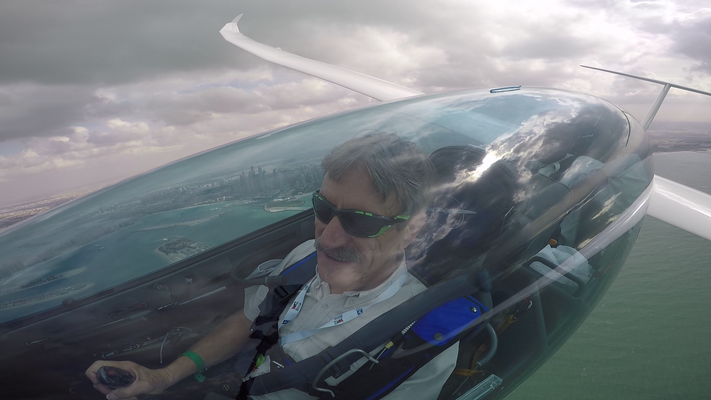 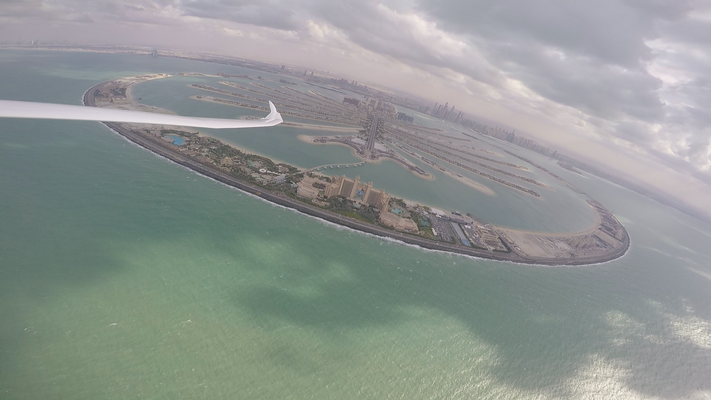 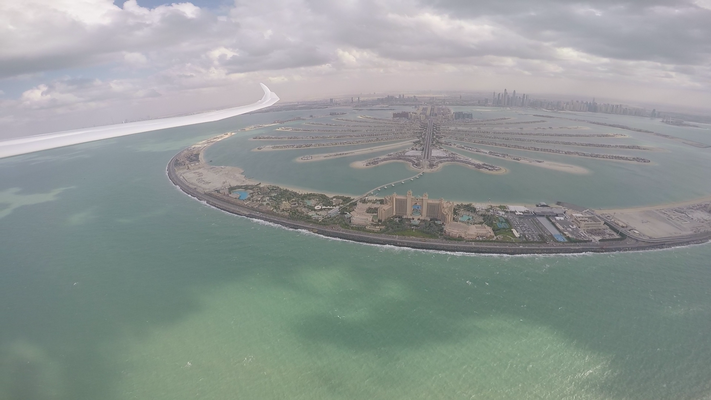 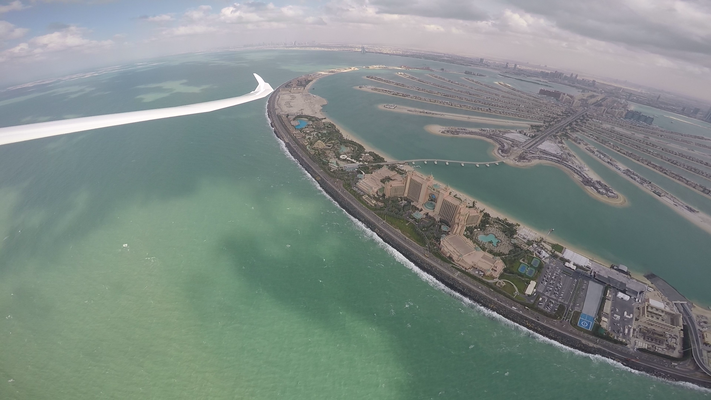 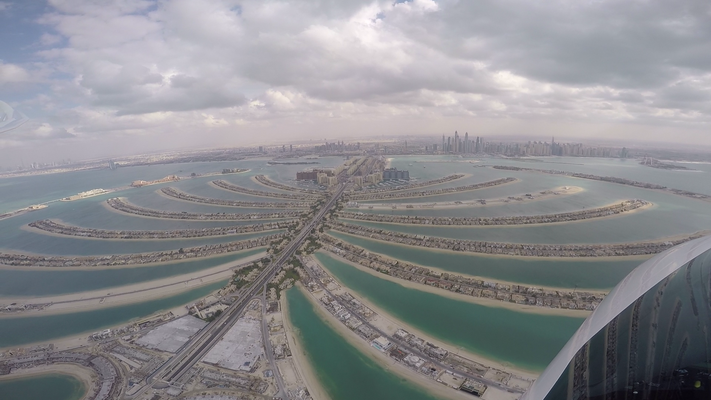 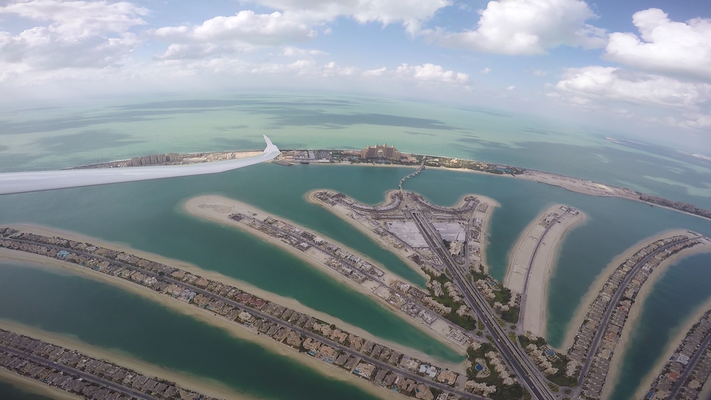 On 7 December 2015 an historic first flight of a sailplane over the skyline of Dubai was performed. The pilots were Klaus Ohlmann and Tilo Holighaus.

Here is Klaus's story of that flight.

After my presentation at the end of the Aeromedical congress, I paid a visit to our gliding friends in the Desert Drop Zone, where they were engaged in the "Gliding Match Race" event. Afterwards, we joined the German team for dinner in their hotel.

As part of the effort to demonstrate our sport in Dubai, Schempp-Hirth had brought a brand new Arcus M , the latest doubleseater of their glider production. Tilo Holighaus proposed to me the idea of making some VIP-Flights with the Arcus. It was his brother Ralf who innocently posed the question of whether the famous skyscrapers of Dubai could produce lift, with an onshore breeze from the Gulf.

I was immediately hooked by that idea. Although late in the night, I looked at the forecast and found, that just two days later a fresh breeze of 20 knots was expected, coming right from the favorable direction.

The next morning we made an appointment with WAG director Helmut Schlecht. He received us with enthusiasm, especially because a lot of other airsport competitions had to be cancelled due to the strong wind.

The next day (7 December 2015) we had a short briefing. Helmut had thought about everything: airspace clearances, media coverage with helicopter, and ground TV-Team.

We decided to make an aerotow from the Desert Drop Zone, half an hour at 1500 feet behind the Piper tow plane. We released just above the city and swung in front of the row of skyscrapers. It is difficult to imagine how amazed we were, when we felt the firm lift on the windward side of the buildings, even though it was expected. A lot of spectators and TV cameras on the ground followed our silent surf on the beautiful skyline of Dubai. The helicopter with a cameraman on board joined us to capture what was somewhat of a historical moment in history of gliding: the first ever soaring above the skyscrapers of Dubai!

Wolf Hirth, cofounder of Schempp-Hirth, who made an historical flight along the Hudson River above Manhattan in 1931, would have been proud, that once again a glider from Schempp-Hirth was making history amongst the skyscrapers. This time, pilots Klaus Ohlmann and Tilo Holighaus felt fortunate to be able to share in that history.

The following day, the weather was even better and I could give a gliding lesson to a good pilot from the local aviation community for three and a half hours. We flew not only along the skyline but also over the famous Palm Jumeirah under some nice cloudstreets over the sea. He did not know how beautiful gliding is. Now, he will start to dream....